Isn't it too late?

Waiting until George Morris is 81 years old to ban him for life?

Does it need almost a century to say enough is enough?

You're absolutely right if you're asking yourself these questions.

Table of Contents
1
What Happened With George Morris?
2
What Do The FEI & Other Equestrian Federations stand For?
3
What Is SafeSport?
4
What is George Morris accused of?
5
Let's Ask The Right Questions

What Happened With George Morris?

Even before George Morris' reputation for sexual abuse reached oversees,
I personally wasn't a big fan of his tone of voice or coaching style, for that matter.

Despite the fact that he is an Olympic rider & coach, something about him felt off to me.

I prefer the good old classic legends like John Whitaker.

But that's not the reason for writing this rant. There are more serious issues in the equestrian sports world that I want to shed some light on.

Hopefully, it helps all concerned parties improve the status quo and hopefully avoid similar cases in the future.

Many, including American mainstream media and newspapers like the New York Times, for example, still call Morris a legend even after sexually abusing many young riders...

Shame on them. This is wrong and has to stop.

These sexual offenders should be called by their real names. Sexual criminals.
They should be brought to criminal courts as many fellow lawyers are doing now.

No matter how many horse shows they won in the past.
This just make it worse.
Not any better.

The main issue is that the more I research this case and many others, it seems that the world of showjumping, equestrian sports and most other Olympic sports are not any less corrupt than the FIFA was a few years back and nothing is seriously happening to change things around!

These sports federations and associations are still governed by very loose laws, mainly in Switzerland, with weak accountability, corporate governance and auditing.

What makes this case even worse is that the Olympic Committee, international sports federations like
Fédération Equestre Internationale ("FEI"), and local sports associations like the American Equestrian Federation ("ASEF") failed to take preventative measure to protect young riders in such cases of sexual assault in a timely way.

Banning an 81 years old man from sports sounds comic to me!

It seems these associations' main concern is only to make money from riders and sponsors like most other normal businesses. We're talking here millions and sometimes even billions of dollars every year.

Most are incorporated as NGOs, but it looks like the only difference from businesses is that they don't distribute their profits to shareholders as dividends. They reinvest profits into the business for the next year to pay their salaries and other expenses.

I can hardly see anything that improves horse wellbeing and people's awareness about horsemanship in what they're doing on a daily basis.

This needs to change. Fast. If we're really keen on horse wellbeing.

Many vets have noticed lately that the way horse competitions are taking place is so harmful to horses' health and wellbeing. That's why most of the sport horse riders are leaning towards medications and injecting horses to keep their muscles & joints fit.

But the unfortunate fact is that in just a few years of sports participation at the rate that the equestrian sports federations is performing, most participating horses are lame and not fit anymore without medication or muscle and joint injections.

Adding accidents (due to over-complicated and technical competitions), this is horrible to horse wellbeing. This is also mainly because many of these course designers never sat on a horse in their lives and don't have any skin in the game.

I was shocked in a dreaded sports federation lawyers networking event that I attended including equine lawyers events, that most of these sports lawyers never practiced these sports for leisure or competitions!

Most of the equine lawyers and officials I met literally haven't owned or ridden a horse in their lives.

In an environment where it seems like horses too are unfortunately abused almost daily, not just in sports, but also sexually, something has to change. NOW.

The more I research, the more I find serious issues in the showjumping and equestrian world.

Corruption is common in these associations. In some cases, presidents of local equestrian federations have been in office for over a decade, horses are abused, there are rampant sexual abuses, and stables with horrible safety, security & hygiene are the norm.

No wonder horse rights associations are so aggressive these days criticising the equestrian sports world.

What is going on there?

I think the main problem is that many officials in these associations know little about these equestrian sports or equine science.

Many riders don't even have any education about horses or riding or equestrian sports management.
Most were mainly grooms who were talented riders so they pursued their passion for horses and riding.

It looks like the reason for having people who hardly know anything about horses in these equestrian associations is to act as a puppet for those who control these associations (sometimes for their own benefit).

"A total restructuring is needed for these equestrian sports associations" - EquiJuri

Here are some some areas that need restructuring:

It seems that equestrian sports are lost between scattered governmental and ministerial regulatory authorities, equestrian federations, rider and horse associations. In a small country like Switzerland for example there are over 11 different equestrian associations though the population of riders is less than 100 K.

What Do The FEI & Other Equestrian Federations
stand For?

I was researching some questions the other day concerning some local equestrian federations in Egypt and other developing countries, but could not find satisfactory answers.

If I, an equine jurist, find it challenging to come across relevant answers or people who know what they are talking about, then probably, the vast majority of equestrians must be baffled.

It's not their fault. Equestrian Federations should have a few simple and clear visions, missions and principal rules of conduct that doesn't take over 300 pages to decipher.

I discovered that in many cases, the presidents of these equestrian sports federations have been in office for over a decade or two.

They have conflict of interest since they also have equestrian businesses or properties that they manage too, even though sometimes these are not officially on paper.

Some also sell horses to riders who are members in their associations or sports federations.

These presidents of equestrian sports federations definitely have a clear conflict of interests that should be addressed with clear lines otherwise this will become fertile ground for further corruption, assaults and other conflicts.

It seems that we still need to go back to basics with some of these sport associations before checking their corporate governance, how they are governed, and what transparency and disclosure procedures are in place.

Who actually governs them and who's the real beneficiary.

With good fundamentals, sound corporate governance and proper auditing in place, these unfortunate incidents and events would not be happening in the equestrian world, or at least, reduced to a minimum.

These associations feel like old dictatorships rather than sport institutions that improve the sports or horse well being in the countries they operate.

What really shocked me was the latest news about the shameful horse mutilation in France.
A group of mysterious assailants armed with knives, torture, mutilate and kill horses, ponies & donkeys.
These series of incidents have occurred all over the country and the French police is mystified.
What seems like devilish cult ritual-like mutilations has gripped the equine community with abhorrence & fear.

One positive thing that's happening now is the how active independent associations like Safe Sports Center in the USA and other similar NGOs are in shedding light on such sexual assault cases in an attempt to protect young athletes.

SafeSport is the Olympic community's initiative to recognise, reduce and respond to misconduct in sport. The mission of SafeSport Equestrian is to end abuse, including bullying, harassment, physical and emotional abuse and sexual misconduct.

If many equestrians in the horse world were aware of George Morris' assault on minor riders (both girls & boys) long ago, and haven't reported these shameful assaults, then I assume that the equestrian sports federations haven't put in place the right mechanisms to whistle blow such cases without these young riders risking their equestrian careers.

This fear will be much greater in cases where the aggressors have large influence and power within such sports associations as is the case of George Morris.

Equestrian sports associations have to find a way to listen to the public, activists, and whistle blowers even outside their own sports, and further have audit and supervision mechanisms in these institutions to make sure the right checks and balances are in place to protect our young girls and boys in the equestrian sports from sexual abuse of other offenders like Morris.

What is George Morris accused of?

Sexual harassment is any form of unwelcome sexual behaviour that's offensive, humiliating or intimidating.
Most importantly, it's against the law.

Federal law in the USA directs judges to examine many factors including:
- the accused criminal records; and
- Their acceptance of responsibility, when setting a punishment.

The federal law sets a maximum sentence of 20 years in prison & fines in some cases.

Though the USEF banned Morris one year ago after a U.S. Center for SafeSport investigation into the allegations
of sexual abuse, it still seems that this wasn't addressed at the right time or appropriately dealt with.

According the Horse Chronicle, a 3rd lawsuit is filed in California by Gigi Gaston against the USEF and Flintridge Riding Club, the property where showjumping coach Jimmy Williams gave his lessons.

He too is alleged of having abused many minor girls including Gaston!

An anonymous 2nd person brought a sexual assault claim against Morris with the addition of the Topping Riding Club as a defendant.

All equestrians of the world have to take a stand for what they think is right and should stand against what is obviously wrong, even if that wrong is committed from an equestrian champion, horse owner, rider groom, association, club or school.

It doesn't make any difference in the blind eyes of law and justice.

Wrong is wrong. Criminals have to be put on trial.

The fact that these sexual crimes are committed by leading authority figures make it even worse.

We shouldn't let events like these pass by without questioning, heavily exposing them, and reflecting on these unacceptable incidents to improve things.

Asking the right questions will reveal the right answers.

Fundamental questions have to be asked by all concerned stakeholders right now.

Are the equestrian federations really improving our horse wellbeing and sports?
Do equestrian associations around the world have the right corporate governance, laws and regulations to protect our children?

Are there sound mechanisms to bring capable presidents with strong work ethic to lead these associations independently and ensure they don't have conflicts of interest?

How should these officials be financially compensated, hired & fired to guarantee their independence?

Are there accessible channels for other whistleblowers and victims to report aggression and get help right when it's needed?

Are horses treated with respect and is their well being sensibly looked after?

The best time to ask these questions and get their answers to improve our horses sports & world is now! 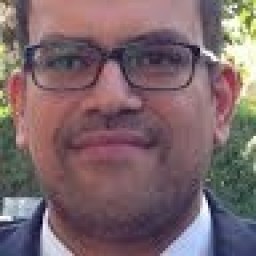 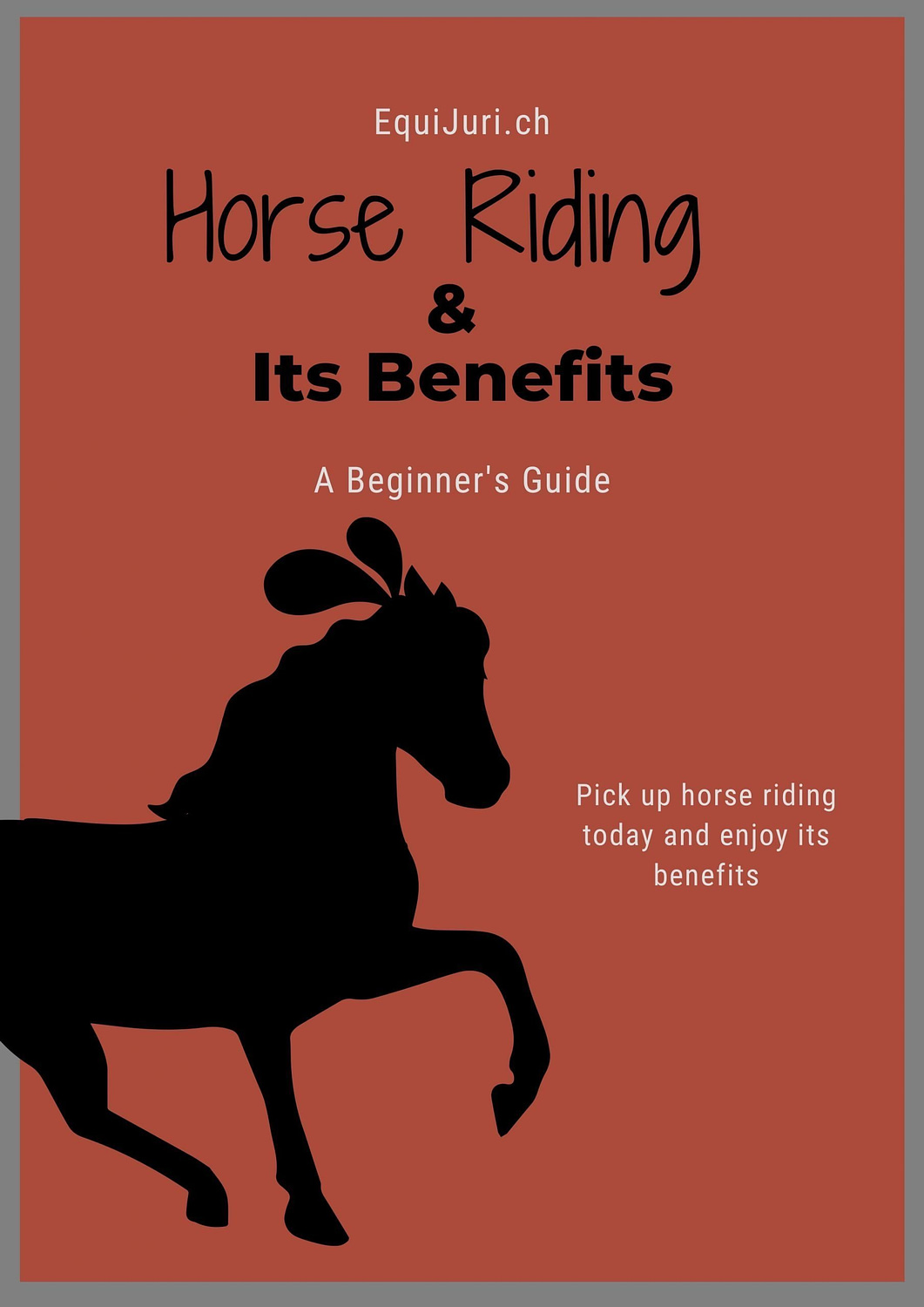